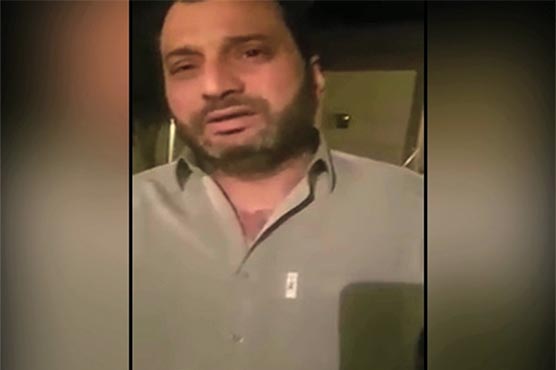 During interrogation the suspect has revealed that he is a resident of Islamabad.

ISLAMABAD (Dunya News) - Key suspect in Barrister Fahad murder case has been arrested from Torkham border while escaping to Afghanistan on Sunday.

The suspect identified as Raja Arshad fled from Islamabad to Torkham border in a bid to enter Afghanistan.

During interrogation the suspect has revealed that he is a resident of Islamabad.

Federal Investigation Agency (FIA) recovered a passport from him having US visa on it.

The suspect was first given in the custody of Tehsildar Torkham after which he was kept in Landi Kotal jail.

He will now be transferred to Islamabad.

The suspect is likely to make more confessions regarding how he reached the border despite of such strict checking in the way and his facilitators in Afghanistan.

On the other hand, the second accused in the case Nauman alias Nomi Khokhar was presented in the court after the completion of his remand.

On request of police, the court has granted additional three-day remand of the accused and has directed to conduct his complete medical checkup before next hearing.