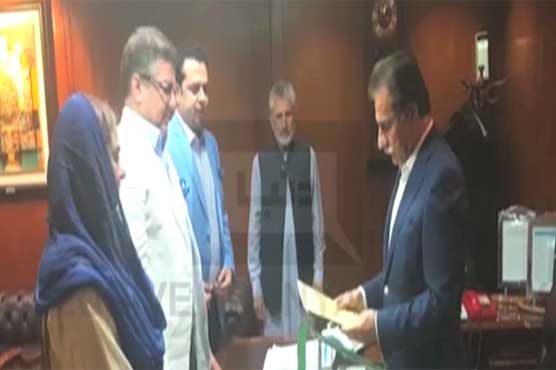 The reference was filed to speaker National Assembly (NA) to declare him ineligible, as a response to the reference, which was earlier filed by PTI against PML-N leaders.

Talal Chaudhry, Daniyal Aziz and Maiza Hameed were among those who filed the reference. It was demanded that Tareen should be declared ineligible for not disclosing his assets.

Jahangir Tareen said that he finds it funny that PMLN filed a reference against him. He also said that nation knows that he is among those who give most tax.

Tareen said that he would not be afraid of such activities of PMLN and he would keep supporting Imran Khan, as he has faced such situations before and would stand against it again.

PTI to present reference against PM Nawaz to Speaker NA