IS leader in Afghanistan and Pakistan killed in US strike 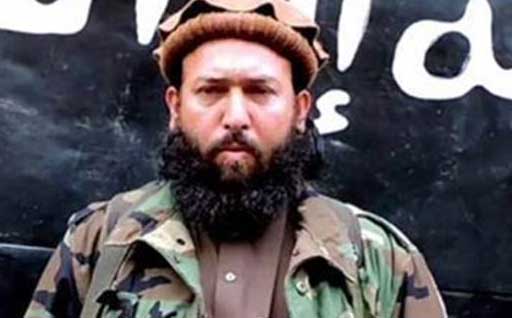 Saeed was named head of IS’s "Khorasan province," which includes Afghanistan, Pakistan and parts of neighboring countries, early last year when a group of Tehreek-e-Taliban switched allegiance to the militant group.

"During this time, US forces conducted an airstrike targeting Hafiz Saeed Khan, the Islamic State in the Levant-Khorasan emir, in Achin district, Nangarhar province July 26, resulting in his death," Trowbridge said.

Saeed "was known to directly participate in attacks against US and coalition forces, and the actions of his network terrorized Afghans, especially in Nangarhar," he added.

Details of the strike were not immediately available, but a US official told the BBC that Saeed was killed by drone.

The death of Saeed represents a major setback for the IS group as it tries to establish itself as a serious force in Pakistan and Afghanistan.

Afghan authorities erroneously believed Saeed had been killed in another strike in July 2015, when a US drone targeted dozens of IS-linked cadres in restive Nangarhar province, close to the Pakistani border.

That attack came less than six months after another strike in Afghanistan killed Abdul Rauf Khadim, who was thought to be the IS number two in the country.

Some Afghan Taliban members have defected to the militant group, with insurgents apparently adopting the black IS flag to rebrand themselves as a more lethal force.

Most NATO combat troops who had been fighting the Taliban and other insurgent groups have now left Afghanistan, with responsibility for the country’s security switching to local forces.

The Afghan troops, however, still rely on US air support and training and have struggled to stem frequent Taliban offensives.

The former Taliban leader Mullah Akhtar Mansour was killed in a US drone strike inside Pakistan in May.

Both the Tehreek-e-Taliban and IS jihadists have claimed responsibility for a horrific suicide bombing on Monday at a hospital in Pakistan which killed 73 people.

The IS group has also claimed responsibility for a July 23 attack in Kabul that killed dozens of people and left hundreds maimed.

Pakistan must target all terrorist groups, demands US

45,000 IS fighters killed in past two years: US general

Obama vows to crush IS, concerned about Russia in Syria