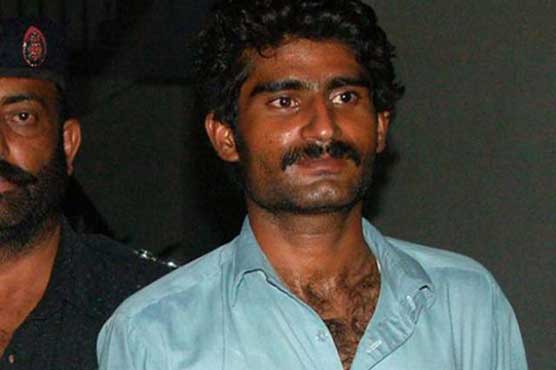 Qandeel's cousin Haq Nawaz has also been handed over to police on a five-day physical remand.

Sources told that Qandeel’s cousin Haq Nawaz has also been handed over to police on a five-day physical remand.

Earlier, Haq Nawaz had named another four relatives who allegedly abetted her murder for ‘honour’.

During interrogation, Nawaz revealed that besides Baloch’s younger brother Waseem, his brother Arif who resides in Saudi Arabia was also part of the conspiracy and the plan was hatched abroad.

According to the police, Arif would be brought back to Pakistan through Interpol and held accountable.

On the other hand, Mufti Abdul Qawi, suspended member of the Central Ruet-e-Hilal Committee has forwarded his answers to a questionnaire put together by police in the case.

He was made part of the investigations after Baloch was found strangled to death in a house in Multan on July 16.

Mufti Qawi had met her in Karachi weeks before she was murdered and their pictures had surfaced which were not received well by the conservatives in the country.

Police had decided to make Qawi part of investigations because of the proximity of happenings.

However, he termed the inclusion ridiculous saying that he was innocent and had nothing to do with the crime. The clergyman has responded to the questions asked by the police in written form.

He stated that he had met Baloch once in Karachi in lobby of a hotel.

Baloch was seen as a controversial individual after her Facebook videos dubbed as ‘bold’ by conservatives went viral.

Her murder put to the fore, debate over so-called honour killings prompting the government to finally take steps to introduce law against such incidents.

Waseem had stated in a polygraph test in Lahore earlier this month that he grabbed her arms while Haq Nawaz strangled her.

The statute would overrule family and relatives’ right to pardon the culprit and thus walk away unpunished which has been the case every since forever.

In Baloch’s case, state became a party and thus parents who denied wishing to pardon Waseem and others involved in their daughter’s murder could not do so even if wanted to.

Waseem Akhtar made confessions as he was worried: Rao Anwar