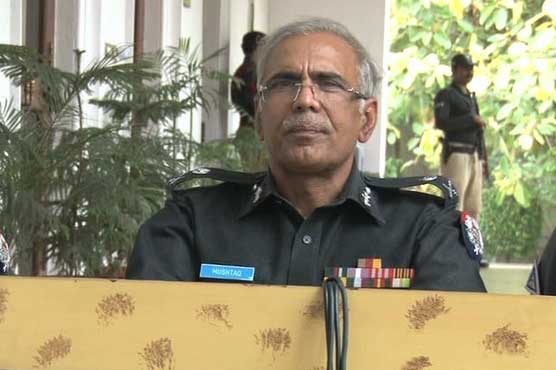 Punjab Police Inspector General Mushtaq Sukhera, while addressing the inaugural ceremony of crime scene unit mobile vehicles, said that the department is making sure that Sindh Police get every kind of help they need for safe recovery of SHC Chief Justice’s son, Owais Ali Shah.

The police are conducting raids on indications given by the authorities of Sindh Police, he said.

The Inspector General said that Punjab Police have given information about specific groups to Sindh’s security force to pursue recovery of Sajjad Ali Shah’s son.

IG Sukhera also said that around 400 new vehicles would be purchased for Punjab using the budget allocated to the department in the financial year 2016-17.

He said that it is hoped every police station in the province would be given a new vehicle.

On the other hand, the 36 new crime scene unit vehicles that were inaugurated were hoped by the Inspector General to help collect evidence from crimes sites and keep them safe.

Owais Ali Shah was abducted early last week in Clifton area as he exited a superstore.

Sindh Police have so far failed to find any clue about where he might be shifted to by now.

He expressed dissatisfaction with Sindh Police in Owais’s recovery case.

Chief Minister Qaim Ali Shah, while addressing Sindh Assembly had vowed on government’s behalf that every possible step would be taken for immediate recovery of the abducted person.