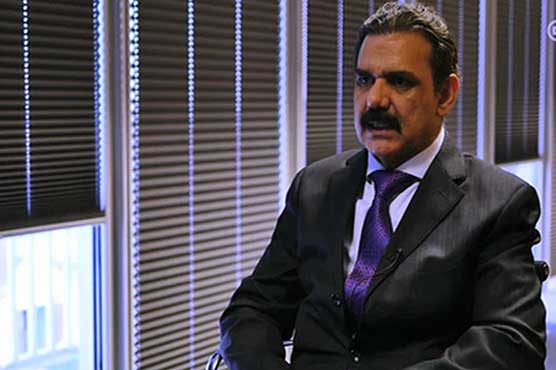 DG ISPR said that around 18,000 operations have been conducted on intelligence basis.

BERLIN (Web Desk) - Director General of Inter-Services Public Relations General Asim Bajwa said that the ongoing military operation in North Waziristan is against all the militants, reported on Thursday.

In an interview to DW, Asim Bajwa said: “the military has no preferences. We are targeting terrorists from all groups."

DG ISPR said that around 18,000 operations have been conducted on intelligence basis in which approximately 240 terrorists were killed while several facilitators were also arrested.

He reiterated that Pakistan has done a lot to combat terrorism but criticism from the West that the Pakistani army is not "doing enough" against militants is "both regretful and unjustified."

He said that the biggest reason behind confronting relation with India is Kashmir issue whereas making India a member of NSG would b discriminatory.

Bajwa revealed that the army was unaware about the attack on Mullah Mansour Akhtar who was killed on Pakistan’s land.

He said Pakistan has also protested against the drone strikes on its territory and raised the matter at different levels.

Talking about Torkham border clash, Asim Bajwa said that an exchange of firing was held at the border however, negotiations are underway with Afghan government to resolve the matter.