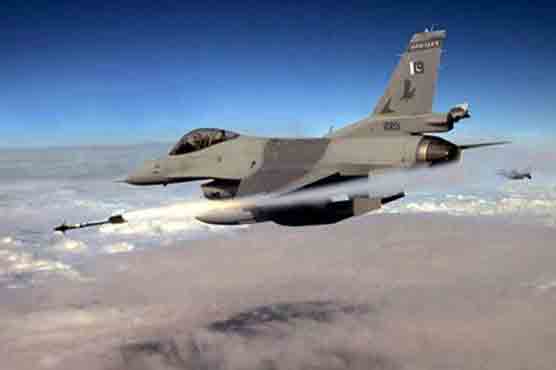 Several secret hideouts of the suspects were also destroyed during the bombardment.

RAWALPINDI (Dunya News) – Operation Zarb-e-Azb is achieving effective results as nine terrorists were killed Tuesday during an air strike by the security forces’ in North Waziristan.

According to a statement by Inter-Services Public Relations (ISPR), fighter jets of Pakistan Air Force (PAF) conducted an aerial raid in the area of Burmund near the Afghan border. Along with terrorists’ elimination, several secret hideouts of the suspects were also destroyed during the bombardment.

It is pertinent to mention here that the terrorists have taken refuge in secret hideouts along the Afghan border after Operation Zarb-e-Azb was initiated.

Pakistan Air-Force set to revive its fleet: 190 Aircrafts to be replaced by 2020