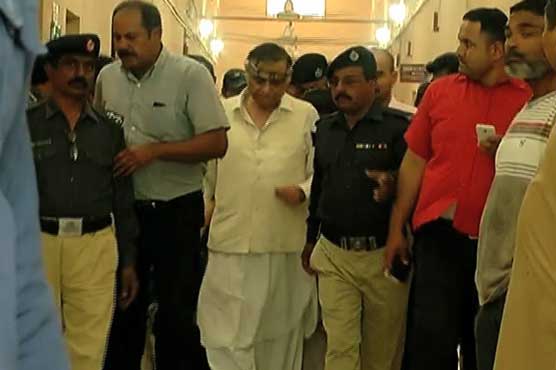 Jail authorities presented Dr Asim before accountability court after 10am whereas the court had adjourned the hearing at quarter to nine.

The embittered court reprimanded the authorities and ordered to ensure alleged corrupt official’s presence in court in coming hearing on time.

While responding to Dr Asim’s plea, the court summoned reports from Jail Superintendent and Jinnah Hospital on April 9.

While talking to the media after hearing, the corruption accused, demanded a probe against Prime Minister Nawaz Sharif in light of the recent Panama leaks.

The accused has pleaded not guilty to both corruption and terror references.

One of the references alleges Dr Asim of Rs 462 billion graft while the other of Rs 17 billion. He is accused of having concealed assets, granting illegal allotments, land grabbing, misuse of authority, fraud and giving illegal contracts during his tenure in Sui Southern Gas Pipelines Limited (SSGPL).

Panama Papers, the cat's out of the bag!