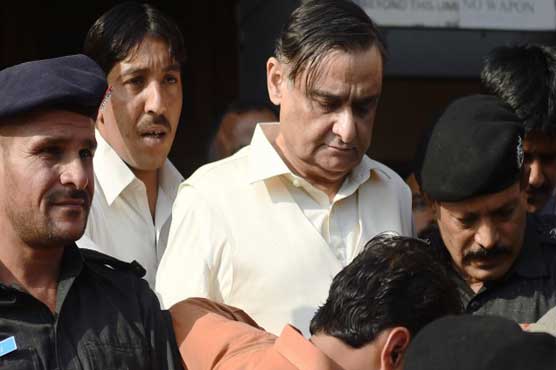 The arrest has been made prior to court hearing today in which Dr Asim is likely to be indicted.

The accused has pleaded not guilty to both corruption and terror references.

One of the references alleges Dr Asim of Rs 462 billion graft while the other of Rs 13 billion. He is accused of having concealed assets, illegal allotments, land grabbing, misuse of authority, fraud and giving illegal contracts during his tenure in Sui Southern Gas Pipelines Limited (SSGPL).

In an exclusive talk with Dunya News after a hearing in March, Dr Asim replied to a question about his health saying that his condition would crumble if he is kept malnourished.

The former president is staying in Dubai and is said to have avoided a couple of tours in the recent past fearing arrest.