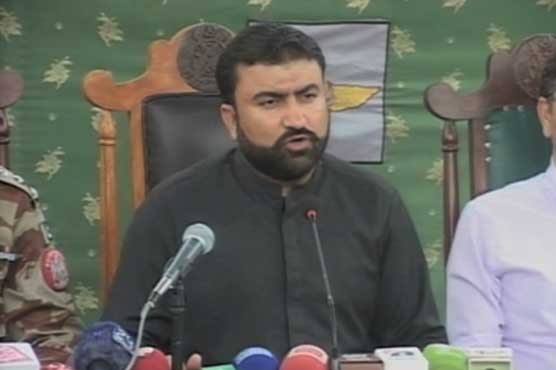 417 targeted operations have been performed from December 2015 till now: Sarfraz Bugti

QUETTA (Dunya News) – Joint press conference held by Balochistan Home Minister Sarfraz Bugti and Spokesperson Balochistan government Anwar Kakar stated that key member of Balochistan Liberation Army (BLA) Dr. Nauman has been killed after successful operation conducted by Frontier Corps (FC). The Spokesperson added that Iran is a very responsible state and the he has no doubts about its intentions, reported Dunya News.

Bugti stated that 417 targeted operations have been performed from December 2015 tup until now. 92 terrorists have been killed while 844 have been arrested and heavy weaponry has also been recovered.

The provincial officers said that the arrest of Indian Intelligence agency RAW s agent from the province is a big achievement for security agencies and added that speculations will be removed as investigation is under process.

Followers of all religion similar to one body: Commander Southern Command