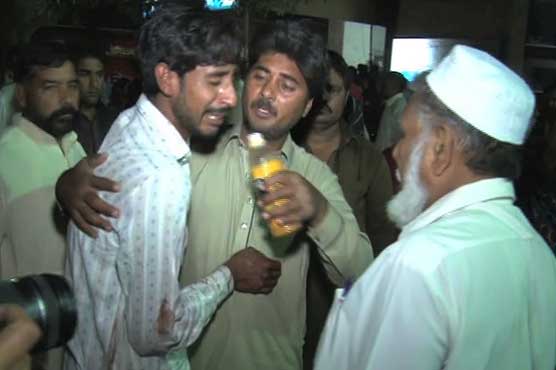 Sole surviving member Zubair remained safe as he left his family members to buy a ticket.

With the family virtually wiped out in the attack, sole surviving member Mohammad Zubair was left in a state of shock and disbelief, as the world seemed to crumble around him.

Resident of Lahore’s New Mazang area, Zubair’s relatives had arrived from Sanghur to spend a weekend of relaxation and merriment at his place. His family had wanted to take the guests out for a relaxing day, so they headed towards the park, unaware of what lay ahead.

Arriving at Gulshan-e-Iqbal Park, Zubair left his family members in order to buy a ticket. The next moment, calamity struck, as four of the guests and four other family members lost their lives in the explosion. Zubair lived, but is now left alone.