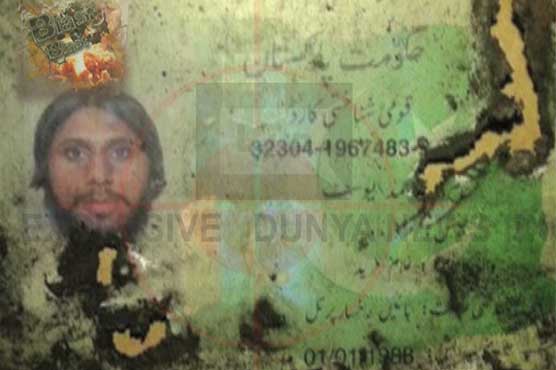 The suicide bomber has been identified as Yousaf, son of Ghulam Fareed.

LAHORE (Dunya News) – The suicide attacker involved in the deadly blasts that rocked Lahore s Gulshan-e-Iqbal area, has been indentfited as as Muhammad Yousaf, son of Ghulam Fareed. Dunya News obtained the ID card of the suicide bomber involved in the attack that left at least 71 dead and more than 300 injured, mostly children. According to police sources, 20kgs of explosives were used in the bomb along with ball bearings.

Police, conducting raid in Basti Baitwala, arrested four brothers and an uncle of the suspect.

According to the suspect’s ID card details, the terrorist belonged to Muzaffargarh.

The ID card details further describe him being born in the year 1988. The picture on the ID card also matches with body found from the attack site.

Family sources say that Yousaf had not been in contact with his family since 2 months.

Security agencies also traced his phone number. Yousaf had been living in Sharif Park, Ferozepur road for about a month

The terrorist had obtained the mobile SIM from Islamabad on 19th September 2013.

March 27th, 2016: The Lahore Carnage and the Capital Riots

Parks in Multan shut down over security concerns