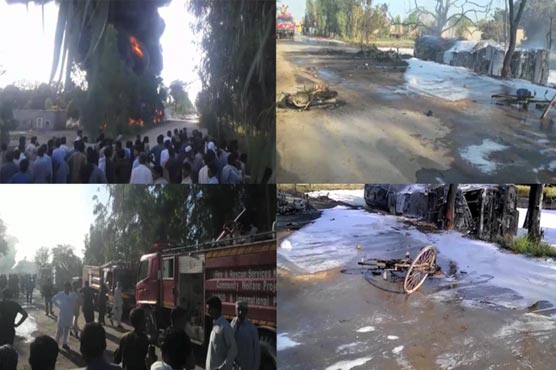 Ten people injured in the accident are still under treatment in Civil hospital.

The incident occurred a day before in Muzaffargarh’s town Gujrat in which the oil tanker overturned due to tyre burst and caught fire.

The blaze engulfed the pedestrians as a result of which three died on the spot whereas 15 sustained severe burns and were injured to Nishtar hospital Multan.

Three more people succumbed to their injuries today whereas 10 are still under treatment in the hospital.

On the other hand in Sialkot’s Daska area at least seven people got wounded in a collision between a bus and van.

The injured include Irshad, Shahid, Sadia and a 70-year-old woman who were shifted to civil hospital for medical assistance whereas two critically wounded have been referred to Lahore.

8 students missing, 2 dead because of land sliding in Chitral: NDMA