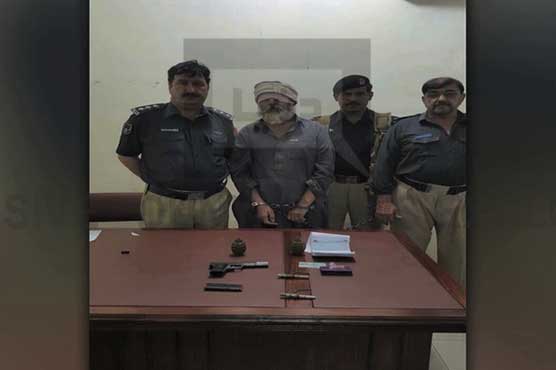 Police claim that a letter head and a stamp of an outlawed outfit was also found from the suspect.

CHARSADDA (Dunya News) – Swift action was conducted by police as they apprehended an alleged terrorist from Charsadda. Material linked to a banned outfit was found from the alleged suspect while ammunition was also recovered.

According to the police, action was conducted by police at bus stand in Charsadda during which an alleged terrorist was arrested. Two hand grenades and a pistol were recovered from suspect Sahib Gul.

Police claim that a letter head and stamp belonging to an outlawed outfit was also found from the suspect.