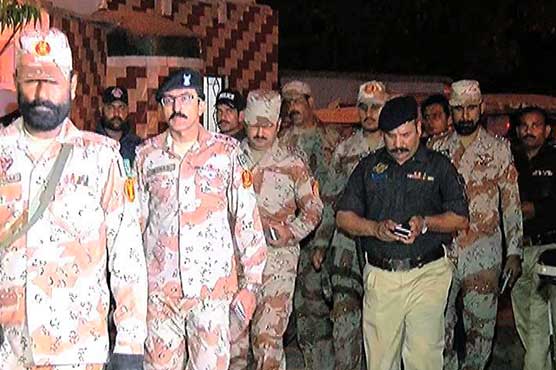 Ammunition and explosives material were also recovered from the terrorists.

KARACHI (Dunya News) – Police and Rangers late Friday night apprehended 13 suspects including 3 terrorists of a banned outfit during a clash with the felons in various area of the city. Ammunition and explosives material were also recovered from the terrorists.

Meanhwile Rangers nabbed 4 felons from Hub area.Weapons were recovered from the suspects.

Rangers also arrested 5 gang war operatives and recovered ammunition during a raid in Purana Golimar area. According to the Rangers Spokesperson, arrested suspects were involved in various offences.