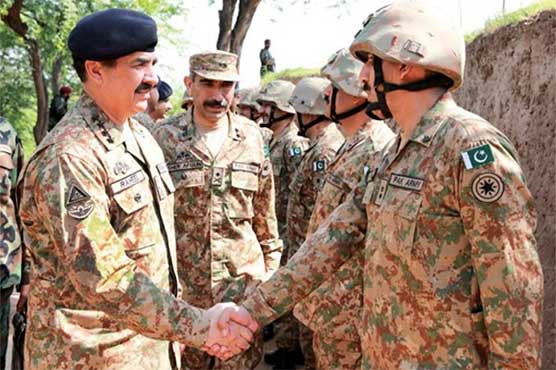 During his stay, the Army Chief will visit frontlines and meet soldiers taking part in operation Zarb-e-Azb.

The heavily forested ravines of the Shawal Valley are dotted with Taliban hideouts and the area is a key smuggling route into neighboring Afghanistan.

The mountainous region along the Afghan border used to be a key Taliban stronghold, with insurgents controlling all the major urban centers. But in June 2014, the government launched a massive military operation in North Waziristan and vowed to step up its efforts in the wake of a Taliban attack on a school in December that killed some 150 people, mostly children.

Pakistan has been battling a homegrown insurgency for over a decade following the late 2001 US-led invasion of Afghanistan.

Officials say more than 3,000 militants have been killed since the launch of the latest offensive.