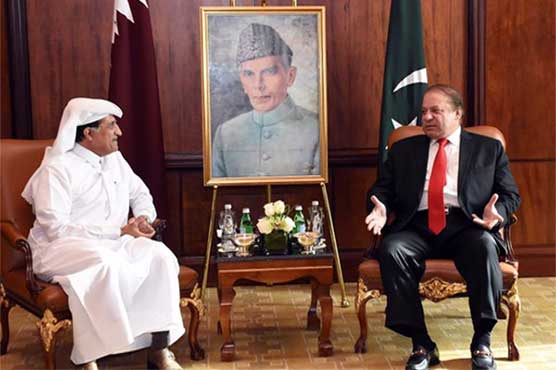 Both discussed ways to enhance cooperation in a host of areas, including energy, trade, investment and defence. 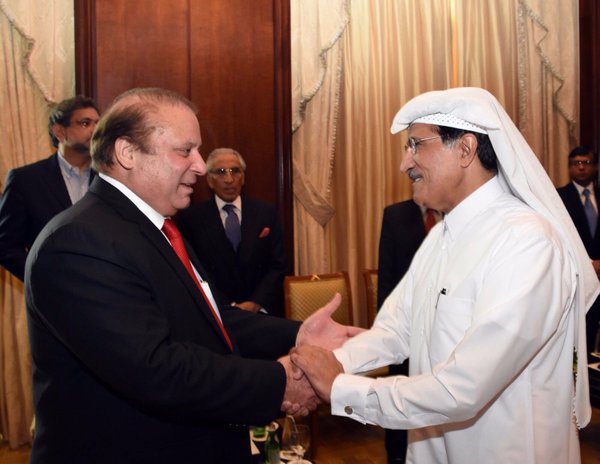 Earlier, on his arrival at Doha airport, PM Nawaz Sharif was received by his Qatari counterpart Sheikh Abdullah Bin Nasser Bin Khalifa Al-Thani along with other officials.

Both leaders took keen interest in various loops, quarters and smoke generation of the aircraft that made a beautiful view.