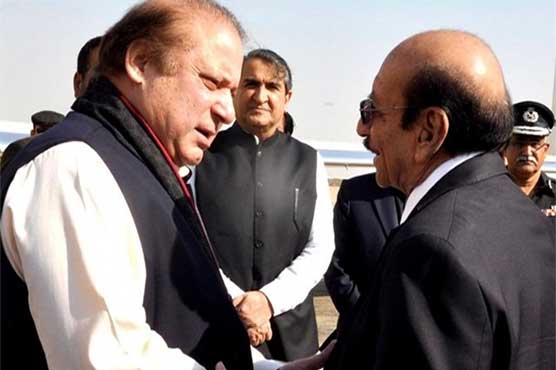 Army, Navy and Air Force soldiers are participating in the military exercise.

The premier will also meet Governor Sindh Dr Ishrat-ul-Ibad and Chief Minister Sindh Qaim Ali Shah during which views will be exchanged on law and order situation in the metropolis.

The PM is also expected to attend an event of the minority community during his visit to the city.

Both the Chiefs expressed satisfaction over the professionalism and synergy between Pakistan Navy and Pakistan Air Force.

The Naval Chief said the exercise has given exposure to the Air and Naval crews in near realistic environment.