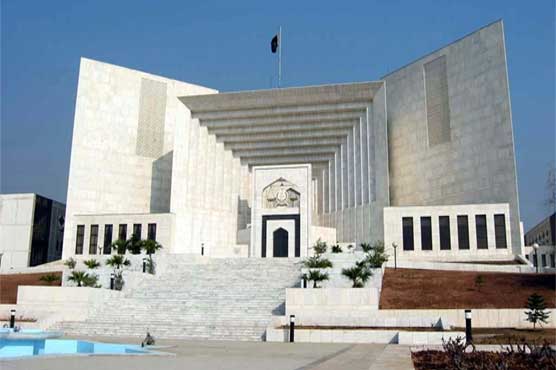 The Supreme Court has ordered immediate implementation of Article 251.

ISLAMABAD (Dunya News) – The Supreme Court of Pakistan on Tuesday ordered the concerned authorities to immediately enforce Urdu as official language at the government offices.

On August 26, a three-member bench headed by Chief Justice Jawwad S. Khawaja had reserved decision on the petitions pertaining to promotion and implementation of the national language.

Announcing the verdict today, the Chief Justice directed the authorities to make Urdu as an official language at earliest.

He also ordered that there should be no delay in implementation of Article 251 of the Constitution.

The bench declared that under the 18th amendment non of the federal or provincial government institution is exempted from audit.

Police baton-charge, arrest medics as they march towards PM Secretariat

Traders announce to march towards Islamabad in protest against withholding tax