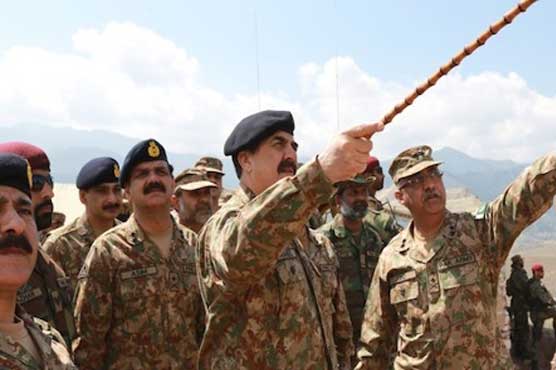 More than three thousand terrorists have been killed in operation Zarb-e-Azb.

RAWALPINDI (Dunya News) - Chief of Army Staff (COAS) General Raheel Sharif has arrived in the Shawal area in North Waziristan on Thursday to review the ongoing operation against terrorists.

The Army Chief will also meet troops taking part in the operations.

According to military sources, operation Zarb-e-Azb has entered last phase.

More than three thousand terrorists have been killed since the Pak Army launched a massive operation in North Waziristan in June 2014.

The authorities vowed to step up its efforts in the wake of a Taliban attack on a school in December that killed some 150 people, mostly children.

Militants who carry out attacks on both sides of the border have long been based in Pakistan’s remote western tribal regions.