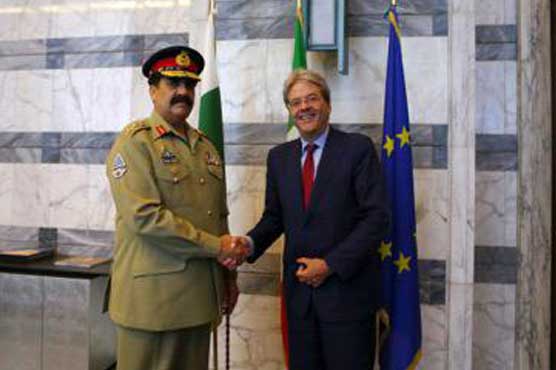 ROME: (Dunya News) – Army chief General Raheel Sharif on Monday met the Italian Foreign Minister while on a 3-day visit to the country where he is scheduled to meet the political and military leadership of the country, reported Dunya News.

Italian FM commended Pak Army as symbol of great hope for peace,stability of region and the entire World-6 pic.twitter.com/64YGCWdpmL

Army chief also visited the Defense and Security Industrial Group. The options to improve the military cooperation between the two countries were looked upon on this occasion.

Army Chief also visited the Air Defense Headquarter where he was briefed about weapon systems, doctrines and training.