Establishment of judicial commission is in best interest of people: Imran Khan 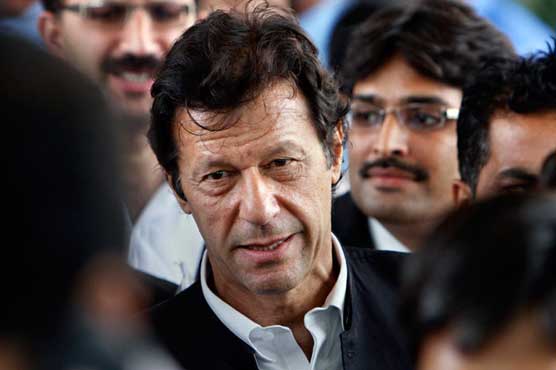 BANNU (Dunya News) – Pakistan Tehreek-e-Insaf (PTI) chairman Imran Khan on Saturday has said that the establishment of judicial commission is in the best interest of the people of the country.

He expressed these views while talking to the media in during his visit to Baka Khel camp of IDPs in Bannu.

He said that for the first time in the country a commission is going to be established to probe a general election. He was confident that the judicial commission would expose a lot about the current government.

He said that legal action is needed against the groups who are ruling the government. Khan said that Muttahida Qaumi Movement (MQM) also participated in the All Parties Conference (APC) post Peshawar massacre.

During his one day visit, PTI chairman is likely to address the PTI Youth Wing workers in Bannu. While, Pakistan Muslim League-Nawaz’s (PML-N) former MNA Malik Nasir Khan and other political leaders will announce joining PTI.