I think of Peshawar martyrs before making any decision: PM 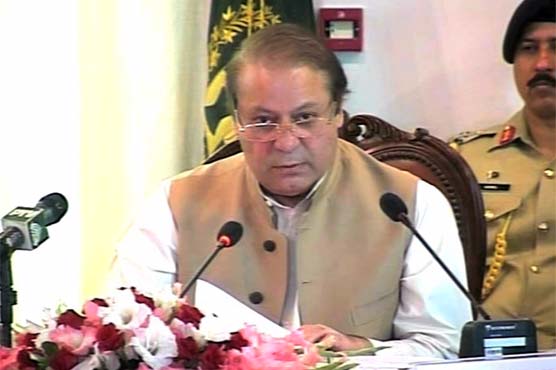 The government would soon root-out terrorism from the country, says Nawaz Sharif

ISLAMABAD (Dunya News) – Prime Minister (PM) Nawaz Sharif on Tuesday has said that the government would soon root-out terrorism from the country. He said that he thinks of the Peshawar massacre martyrs before making any decision.

According to a statement, the PM said that they would always remember the sacrifices of the Peshawar attack martyrs. He said that the entire nation stands by the parents of the martyrs in this difficult time.

PM Nawaz said that they have attained significant progress in countering terrorism. He expressed solidarity with the families of the martyrs.

Couldn't schedule press conference as Khan had to leave for Umrah