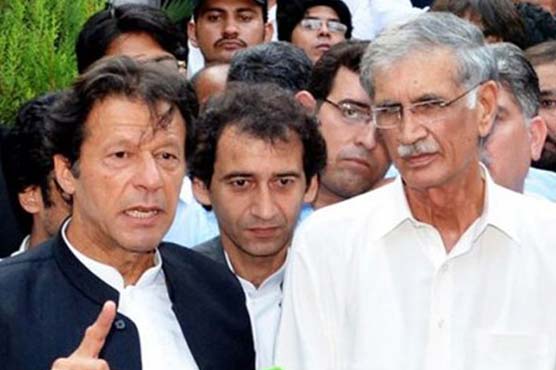 In a letter to CM KP, Imran Khan has directed that he would not like to have any protocol in future

ISLAMABAD: (Dunya News) – After taking a lot of criticism for his heavy protocol on the visit to Army Public School (APS) Peshawar last Wednesday, Chairman Pakistan Tehreek-i-Insaf (PTI) Imran Khan has written a letter to Chief Minister Khyber Pakhtunkhawa (KP) Pervez Khattak directing him to avoid providing him with any protocol in the future. He also asked him in the letter to direct all the ministers to stay in their offices during party leader’s visits.

In the letter, of which the copy has been received by Dunya News, Imran Khan has directed that he would not want to be received by any minister, MNA or MPA at the Peshawar Airport in the future. He has said that VIP culture is funded by public money. He has told the CM KP that he would only like to be accompanied by the concerned minister and all others should remain in their offices.

Let judicial commission decide whether rigging was done or not: Imran Khan