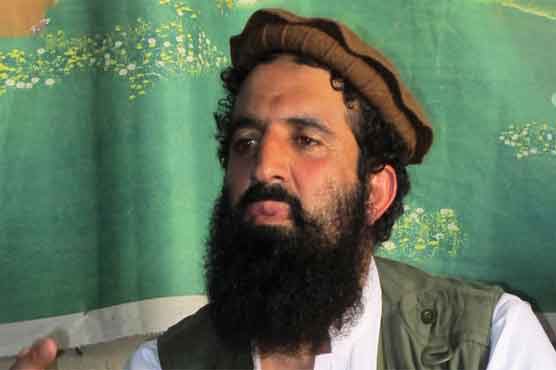 Former TTP spokesman and other militants have pledging allegiance to the IS jihadist group.

ISLAMABAD (AFP) - An online video purportedly shows dozens of former militants of the Pakistani Taliban pledging allegiance to the Islamic State jihadist group and beheading a man they identified as a Pakistani soldier.

The video is bound to raise alarm bells over whether IS is tapping support within Pakistan and Afghanistan, a region awash with dozens of militant groups.

Released on Twitter and other jihadi websites on Saturday, it shows influential former Pakistani Taliban spokesman Shahidullah Shahid and other militants passing through a rugged mountainous area on horseback, waving IS flags.

Shahid already pledged allegiance to IS last October and was later sacked by the Pakistani Taliban.

"As you know, most of the attendees have pledged allegiance to the Caliphate before, and now we present a collective pledge of allegiance," Shahid told the militants.

Shahid announced that commanders of ten militant groups had chosen Hafiz Saeed Khan from Pakistan s Orakzai tribal district as the new IS head for Afghanistan and Pakistan.

Saeed Khan was then seen taking a pledge of allegiance to IS leader Abu Bakr al-Baghdadi.

The video also shows militants beheading a man in military uniform who they claimed was a Pakistan soldier.

It was not clear where and when the video had been filmed nor could it be independently verified.

Leaflets calling for support for IS have been seen in parts of northwest Pakistan, and at least five Pakistani Taliban commanders and three lesser cadres from the Afghan Taliban have pledged their backing.

Pro-IS slogans have appeared on walls in several cities in both countries and in Kabul University, where a number of students were arrested.

Pakistan has strengthened its own offensive against the Taliban since their attack on a military-run school on December 16 killed 150 people, 134 of them children.

Seven killed in blast at terrorist centre in Khyber Agency