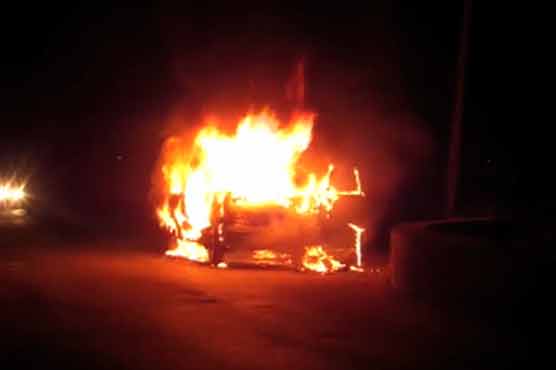 3 died while 16 got injured as the cylinder of the van exploded on Faisalabad Road, Chiniot

CHINIOT: (Dunya News) – A passenger van caught fire in Chiniot on Faisalabad Road near Seim Stream due to leakage of gas from gas cylinder claiming 3 lives and injuring 16. The injured were taken to District Headquarter Hospital by Rescue 1122. Three of the injured were shifted to Faisalabad Allied Hospital because of being critical.

Expressing grief over the loss of precious lives, Chief Minister Punjab Shahbaz Sharif directed to provide the injured with best of facilities and demanded report of the incident.