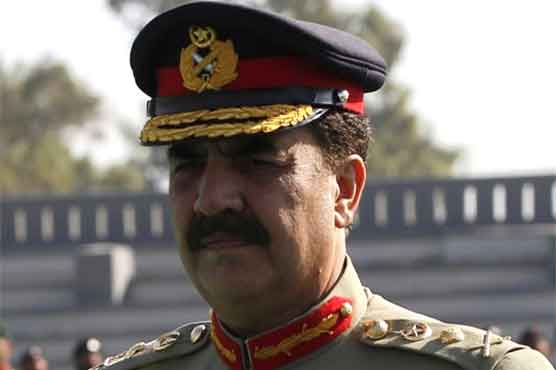 LAHORE (Web Desk) Chief of Army Staff General ‎Raheel Sharif while commenting upon the roaring ‎success of the Zarb-e-Azb operation by the military in ‎North Waziristan said that they had destroyed all the ill ‎plots of terrorists, and terrorists will not be able to carry ‎out their own anti-state strategies now.

‎
The COAS has ordered the armed forces that they ‎should respond fiercely to counter militant attacks by ‎terrorists.‎

According to a statement by Inter-Services Public ‎Relations (ISPR), 11 terrorists killed and three arrested ‎while they made a failed attempt to perpetrate a terrorist ‎attack on Smungli and Khali Air bases. ISPR added that ‎army was able to thwart this attack with the assistance ‎of Frontier Corps (FC), police and the Pakistan Air ‎force.

ISPR additionally said that the militants were on the ‎run now and had no place to hide.