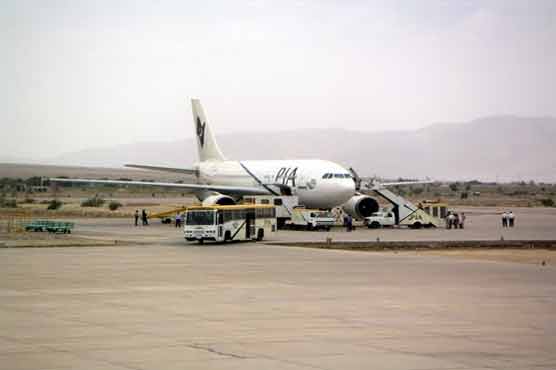 The flight operations at the Quetta airport have been suspended due to fear of terrorist attack.

QUETTA (Dunya News) - The flight operations at the Quetta International Airport have been suspended on early Friday morning due to fear of terrorist attack as militants attacked two nearby military airports.

Earlier, at least six terrorists were killed and nine policemen injured in two separate attacks on military bases near Quetta on Thursday night.

Three terrorists were killed and five policemen were wounded in a gunbattle at the Samungli Airbase near Quetta.

Within an hour, a second shootout began near the Khalid military airbase, some 12 kilometres from the site of first incident, killing three more terrorists and wounding four policemen.