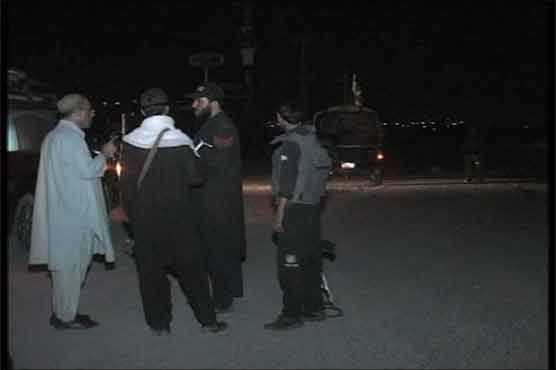 At least eight terrorists were killed while 9 policemen injured in gunbattle near Samungli Airbase.

According to details, six armed men tried to break into Samungli Airbase in Quetta on a car. Police tried to stop their car but they opened fire on them.

Police returned fire and killed five gunmen, the other gunmen managed to flee. Five policemen were wounded in the gunbattle.

Within an hour, a second shootout began near the Khalid military airbase, some 12 kilometres from the site of first incident, killing three more terrorists and wounding four policemen.

Police sources said that it was not immediately clear who carried out the attacks but added that both the airbases are safe. Firing was still going on at both places.

According to sources, there were 16 explosions heard from the city. It is yet to be ascertained if these were connected to the latest terrorist attack on Quetta Airport.

According to Sarfraz Bugti, the home minister of Baluchistan, security forces had also found and disabled four bombs near the Khalid Airbase. He said that security forces have managed to repel the attack and have cordoned off the areas around the airport. Roads leading to the airbase have been blocked as well.