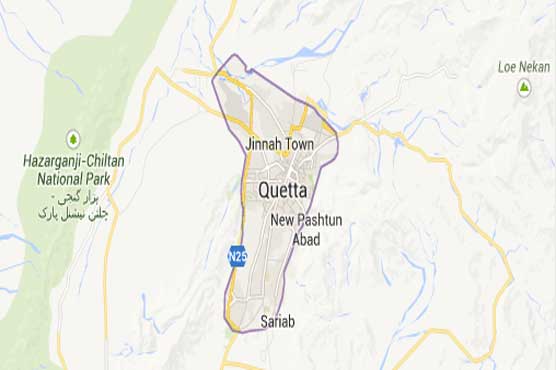 QUETTA: (Dunya News) – In a latest development, 6 armed men have made an attempt to break into Smangli Air Base in Quetta.

Terrorists and security forces exchanged fire near Quetta Airport. There were 5 explosions near the air base. 2 terrorists were killed in the operation. 4 policemen also got injured during the exchnage of fire.

Security forces have started a search operation around Quetta Airport.