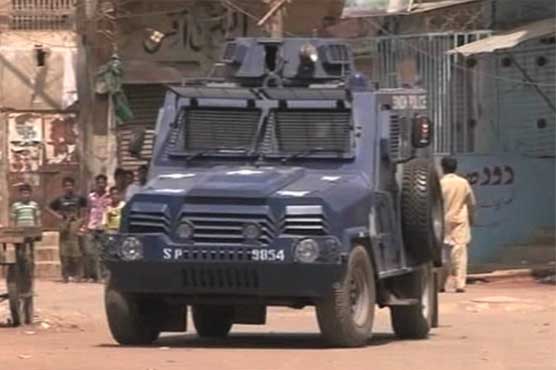 These vehicles will also be provided to CID, CIU and AVCC for maneuvering in sensitive areas.

KARACHI (Dunya News) – Sindh government on Tuesday decided to equip Karachi police with a hundred bullet proof vehicles in order to make the targeted operation more effective, Dunya News reported.
As per the decision, one hundred bullet proof vehicles will be provided to the police next month. Sources said the armour of the vehicles will further be strengthened by upgrading the vehicles from B4 to B6 protection technology.
These vehicles will also be provided to CID, CIU and AVCC for maneuvering in sensitive areas of the city.
The modern vehicles and armours will be used in Orangi Town, Manghupir, Gulshan Buner, Lyari and Ittehad Town.
Karachi police and rangers started a targeted operation last year with support of federal government and provincial stakeholders. Police have repeatedly complained about the lack of availability of bullet-proof vehicles and armours. The authorities had vowed to equip the police force with modern technology.