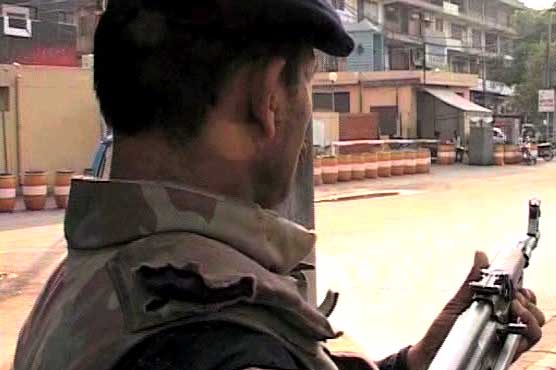 The report says that Qadri's road travel from Islamabad to Lahore is extremely dangerous.

ISLAMABAD (Dunya News) – Intelligence agencies, Saturday, termed Pakistan Awami Tehreek (PAT) chief Dr Tahirul Qadri’s schedule road travel from Islamabad to Lahore as unsafe. Intelligence report says that Qadri could face severe security dangers upon arrival in Pakistan, Dunya News reported.
According to sources, intelligence agencies alerted the police about the potential threat. The report says that Qadri’s road travel from Islamabad to Lahore is extremely dangerous.
Sources say that PAT workers will not be allowed to welcome Qadri at the airport. Police has also alerted Minhaj-ul-Quran’s local leadership about the security risk.
In an important meeting between police and local administration, it was decided that police will also perform the joint security duty alongside the rangers.
As many as ten thousand police personnel from the twin cities will be deployed on the express way whereas the recommendation to seal the roads leading to the airport is also under consideration.
Meanwhile, Qadri on Saturday reached London where he is due to catch a flight to Islamabad. He said that hurdles will be laid from the day one, adding that the ‘voice of truth’ cannot be suppressed and that there’s no justification to stop him.
Addressing media after arriving in London, Qadri said that he is aware that ‘severe hurdles’ will be deployed for him from the day one. He said he will reach Pakistan on June 23 in any case, adding that he is Pakistan national and no one has any justification to stop him.