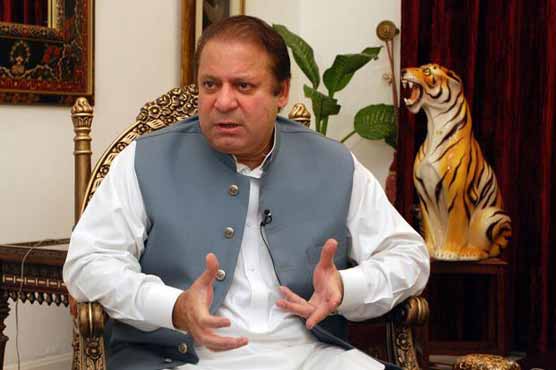 Some rejected elements want to destabilise the system, the Prime Minister said.

ISLAMABAD (Web Desk) – Prime Minister Nawaz Sharif on Friday suggested his political opponents to wait for five years to get mandate from the people instead of creating hurdles in the way of the government.

He said the people, particularly the youth, voted the Pakistan Pakistan League Nawaz (PML-N) to power in May 2013 general elections, adding that the government has mandate to serve the masses for five years which will change the destiny of the nation.

PM Nawaz said if the government is allowed to complete its five-year term, it will overcome the issues of terrorism, extortion, target killings and electricity shortage, hoping that people will live in peace and the country will progress.

He said due to the policies adopted by the present government, the image of the country has improved.