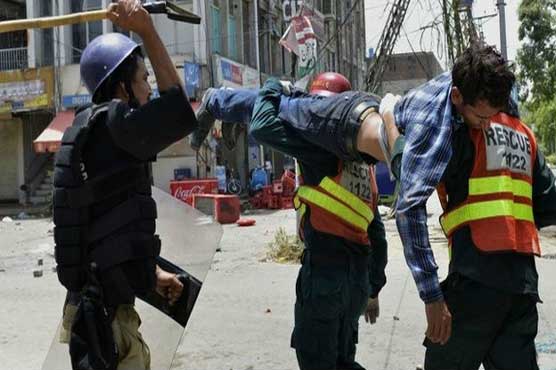 Gullu Butt will be presented in a local court in Model Town today.

The judicial tribunal has also summoned initial investigation report of the incident. Meanwhile, any witness can record his/her statement during the proceedings.

Gullu Butt, who was arrested yesterday for vandalizing public property, will be presented in a local court in Model Town today.

At least eight people were killed and 85 injured in Lahore on Tuesday when the police clashed with supporters of Dr Tahirul Qadri.

Qadri, a leader of the Pakistan Awami Tehreek (PAT), a religio-political party, has been trying to form a grand alliance against the government while demanding a change in the present system through a revolution. He has promised to return to Pakistan on June 23.

The clashes started when PAT members tried to stop the police from removing barriers outside their leader s house in Lahore s Model Town Colony and the party secretariat.