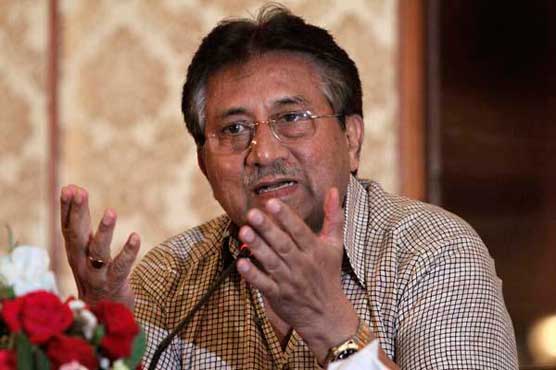 The apex court bench has ordered hearing of Musharraf's ECL case within a week on govt's plea.

The bench in its remarks decided to send the matter to the Chief Justice for early hearing of Musharraf case.

Earlier, the federal government filed a plea requesting the early hearing of the case.

Attorney General Salman Aslam Butt argued that the matter pertains to ex-president’s leaving abroad and it should be decided in next two or three days.

Justice Saqib Nisar remarked every matter that was brought before the court was important and this matter would be sent to the Chief Justice of Pakistan who would decide the matter.

The AG further argued that Perveaz Musharraf has already filed a plea before the Sindh High Court for review of its decision and early review of the court decision would let Musharraf leave abroad.

On this, the court ordered the hearing of the case within one week.

It is pertinent to mention here that the federal government on Saturday filed an appeal against Sindh High Court’s (SHC) decision to lift travel ban on former president Pervez Musharraf in the Supreme Court.

The government in its appeal requested the apex court to suspend Sindh High Court’s decision regarding removal of Musharraf’s name from the Exit Control List (ECL). The court had also been asked to stop Musharraf from travelling abroad.

The court had declared that the parties opposing its ruling could move the Supreme Court in the next 15 days and made it clear that till then Musharraf cannot leave the country.

Musharraf had filed a petition in the court to remove his name from the ECL so that he can visit his ailing mother in the UAE.

Musharraf, the first military ruler in Pakistan’s history to be tried in court, has rejected all the charges levelled against him, including treason. If convicted, he can get death penalty.

70-year-old Musharraf, who returned to Pakistan in March last year ahead of the general elections ending his over four-year self-imposed exile, has faced multiple trials including one under the high-treason act for which he was placed under house arrest and barred from travelling abroad.

Musharraf has been indicted for suspending, subverting and abrogating the Constitution, imposing an emergency in the country in November 2007 and detaining judges of the superior courts. He had seized power by overthrowing the then Prime Minister Nawaz Sharif in 1999 and ruled till late 2008.

Musharraf was also named as an accused in the murder cases of former Prime Minister Benazir Bhutto in 2007 and former Baloch tribal leader Akbar Bugti in 2006.