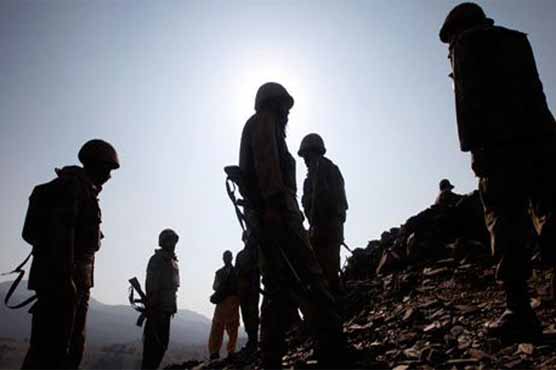 One FC official martyred and eight others also injured during the operation.

QUETTA (Dunya News) - At least 30 suspected militants were killed by the security forces during operation in Dera Bugti on Thursday.

Bugti said that one security official martyred and eight other injured during the operation.

The minister said that three militants were arrested and a large cache of weapons were recovered from their possession.

Sarfraz Bugti said that secret documents were also recovered from the camps of the separatists. He said that the seized documents revealed proof of foreign intervention in the province.

The minister said that the operation by the security forces was underway in the area.