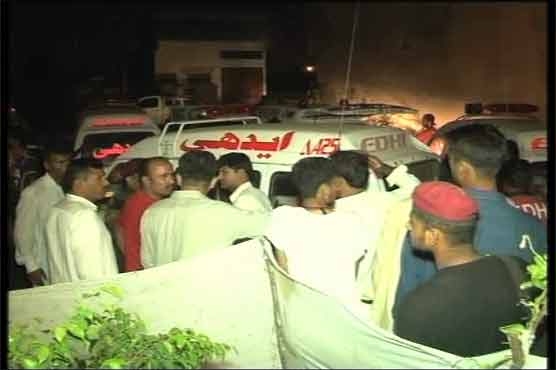 Four members of a same family were killed in Gulshan Mazdoor area of Baldia Town on Saturday.

Police have reached the spot and shifted the dead bodies to Civil Hospital.

According to police, body of Rapid Response Force official, Ramzan, was found near the entrance of the house. He has bullet wounds in his head and chest.

Ramzan’s wife Nadia, his three year old son Asad and one and a half year old daughter Amaima were strangulated to death.