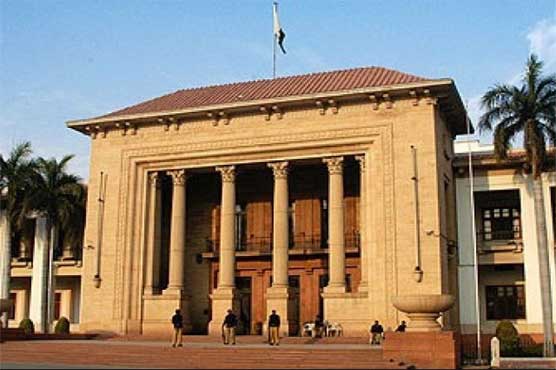 Members of both side sort of competed by throwing slogans at each other.

LAHORE (Dunya News) – Opposition’s outcry continued in Punjab Assembly on 5th consecutive day on Friday. The house kept echoing with the slogans chanted by government and opposition members alike, Dunya News reported.
Punjab Assembly’s session began with 90 minute delay under and acting speaker Sher Ali Gorchani presided.
Five minutes into the session and the house turned again into chaos when government members tried to divert from the agenda by praising Metro train project instead of answering Environmental Department’s questions.
Opposition parties took the opportunity to drag in the issue of alleged rigging into the strife turning it into a chaos.
Acting speaker tried the restore the order of the house with both soft and harsh tones but it was of no use.
Government members played their role and waved placards to inflame the opposition’s protest. Members of both side sort of competed by throwing slogans at each other.