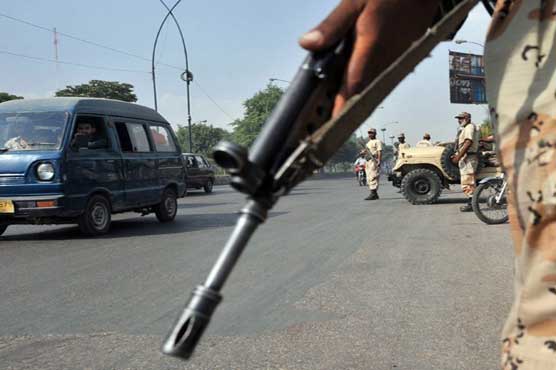 The bodies were found in Memon Society, police said.

The victims were kidnapped and tortured to death. Their identities could not be confirmed as yet.

Separately, some unknown persons barged into a house in Baldia Ittehad Town, torturing a girl to death and injured her mother.

On the other hand Rangers and police raided Mianwali Colony within the limits of Pirabad police station. A suspected terrorist Mohammad Hussain was killed while another suspect got injured in exchange of fire.

According to SSP West, twenty two suspected criminals were arrested during the operation. Five pistols were recovered from their possession.