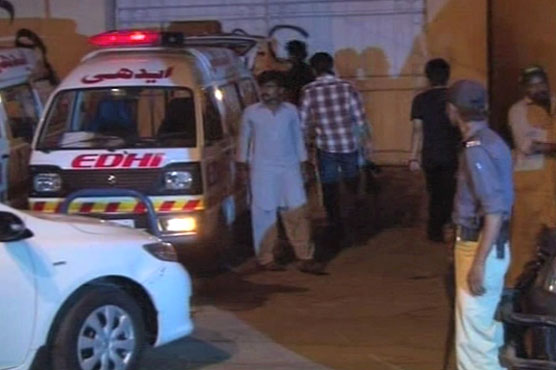 Investigation into the incident is underway, police said.

A policeman was killed and SP’s son got injured in retaliation by victim’s guards.

Meanwhile, police and rescue officials arrived at the scene and shifted the injured to hospital.

According to police, the reason behind clash could not be ascertained as yet.

The victim, an A-level student, was son of landlord Sardar Ghulam Mustafa Lashari while the deceased policeman identified as Zaheer was appointed for SP Ghulam Sarwar’s security.

Also, the prime suspect and his three accomplices have been detained.