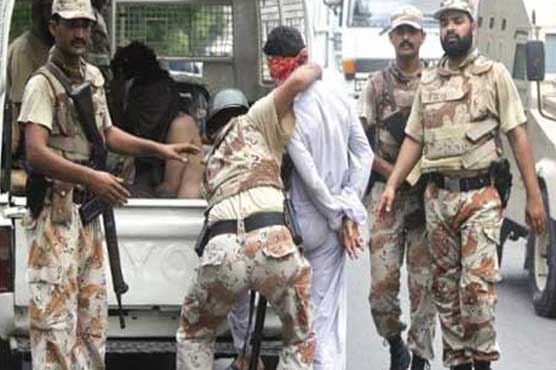 Rangers conducted raids during last 24 hours in different areas of the metropolis.

Those arrested include suspected target killers and proclaimed offenders.

Different weapons and explosives were recovered from suspects’ position.