Mother claiming to be poverty-stricken strangles infant, drowns the toddler 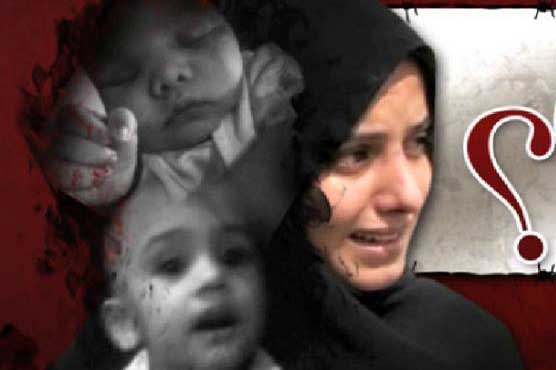 The homicidal mother claims she couldn't see her children in the misery and took the extreme step.

LAHORE (Dunya News) -- A heart trembling incident took place in Lahore on Wednesday when a mother – claiming to be sick and tired of poverty – took lives of her two children by strangling one and drowning the other, Dunya News reported.
The homicidal mother claims she couldn’t see her children in the misery and took the extreme step.
The resident of Johar Town area of Lahore reports of domestic fights of being one of the reasons behind the tragic double-murder.
The suspect claims her husband has no job despite trying several times. According to police, the father did not rescue the children which implies his involvement in the crime.
Police also revealed that the house where this incident took place is worth 10 million rupees and has a car whose number plate reads “MNA”.