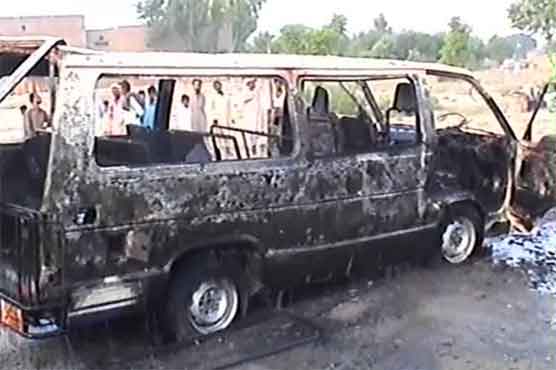 The van was going to Dera Ghazi Khan city of Punjab from Layyah.

Rescue 1122 officials said fire broke out in the van when CNG gas was being filled in it at a filling station. They said flames erupted owing to gas leakage in the vehicle.

The blaze rapidly engulfed the van carrying 8 to 10 passengers. The filling station staff came to rescue the passengers by breaking windowpanes of the vehicle.

Eight people were injured, two of them said to be in critical condition. They were shifted to district headquarters hospital.

The van was going to Dera Ghazi Khan city of Punjab from Layyah.