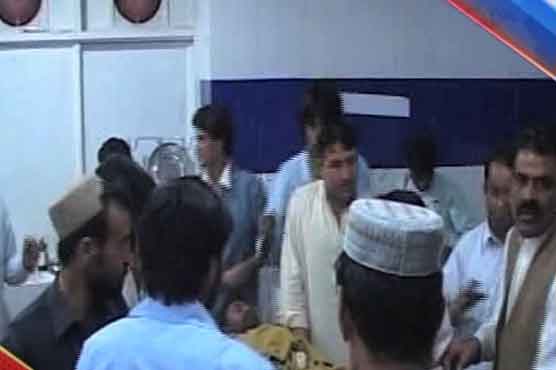 At least 69 people were killed while more 150 were hurt in a blast in Quetta on Saturday.

QUETTA: (Dunya News):- The explosion erupted on Krani Road near a petrol pump, killing 69 persons and hurting 150 others.

The blast was so heavy that windows of the nearby buildings were broken.

After information, police and rescue teams reached the site of occurrence and cordoned off the area but noone could be arrested during search operation.

The bodies and wounded persons were shifted to hospital for legal formalities and first aid.

According to initials reports  a remote controlled device was used for the blast.
Senior police officer Wazir Khan Nasir said the bomb was detonated by remote control in a Hazara Muslim-dominated residential area of Quetta. Women and children were among the victims, he said, adding that the death toll could rise.

Hazara minority has been attacked several times in recent months.

Militants of the banned sectarian group Lashker-e-Jhangvi and Taliban are active in the province.