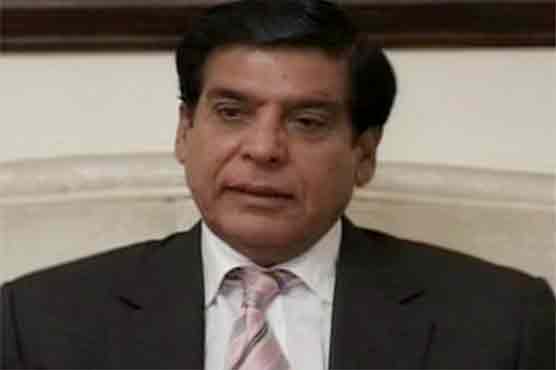 PM Pervez Ashraf says the government believes in strengthening of institutions in their own spheres.

ISLAMABAD: Prime Minister Raja Pervez Ashraf has said the government is cognizant of its constitutional and political obligations and the spirit of democracy was maintained throughout the tenure of the government.

Addressing the meeting of Council of Common Interests in Islamabad on Wednesday‚ he said we believe in the strengthening of institutions in their own spheres.

He said with the collective wisdom of federal as well as provincial governments‚ democracy is gaining strength in the country. The National and Provincial Assemblies will be completing their tenure successfully within a few weeks.

The PM said the nation is approaching towards general elections‚ going to be held within a couple of months.

The government is committed to hold free‚ fair and transparent elections in accordance with the provisions of the Constitution and laws on the subject.

This will enable the people of Pakistan to exercise their free will to elect a government of their choice for the next tenure.

Raja Pervez Ashraf said the policy of reconciliation had been introduced by the Pakistan People s Party with an aim to bring the country out of crisis. We do not believe in the politics of victimization and the proof of this reality is that there are no political prisoners in the country.

The politics of reconciliation is being pursued by the government‚ whereas the politics of hatred and victimization has altogether been ended.

He said all political parties have always been taken on board on almost all national issues on internal as well as external fronts. The spirit of democracy was maintained through-out the tenure of the Government.

The Prime Minister said we give respect to all democratic forces‚ the proof of which is amicable solution of the issue of Long March. The Government took a lot of care of the participants of the Long March‚ engaged them in peaceful dialogue with open heart. Resultantly‚ the Long March ended in a peaceful way.

Raja Pervez Ashraf said the Government condemns the loss of precious lives in Quetta on 10th January. The decision to impose Governor s Rule in Balochistan was also based on consensus and taken after consultation with all the stakeholders.

In view of the deteriorating security situation‚ Article 234 of the Constitution was invoked and Governor s Rule was declared in the Province.

He said the council of common interest is a symbol of federalism and has strengthened the confidence of all the federating units. It has always been the desire of the Government to settle all debatable issues through CCI. We are committed to charter of democracy and have implemented most of its points.

He said the Council in its earlier meetings discussed pivotal issues of national importance and took decisions with consensus through active participation of federating units.

The Council considered sixty-four issues presented by the federation as well as the provinces. Most of its decisions have been implemented and quite a few are in various phases of implementation. Its second annual report will be placed before the Parliament.