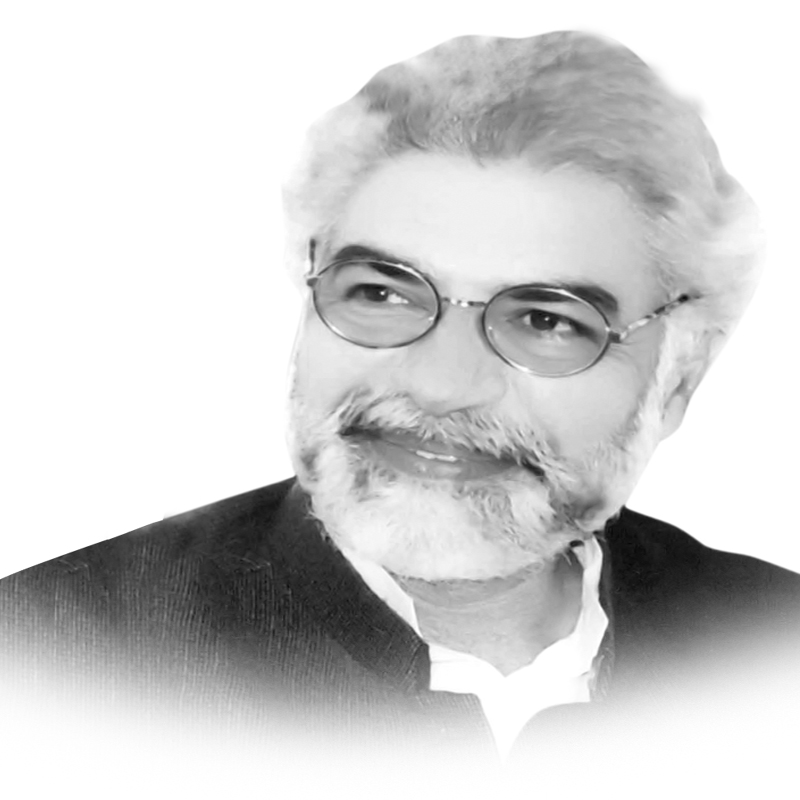 To watch the performance of the N League’s topchis and assorted bandmasters, it almost seems as if their leadership has scored a Waterloo triumph against the uniformed lot in the matter of the Dawn leaks.

By announcing a virtual ceasefire the army has taken a step back, that’s for sure. To appease the army’s mood a few small sacrificial offerings have been made and that’s about it. This drama dragged on for seven months but at the end of it the nation is none the wiser about who really orchestrated the leaks. So the N-leaguers have reason to feel pleased.

But it bears remembering that the Dawn issue, while a source of temporary embarrassment for the army, was always a distraction, a secondary issue---made much of because of the politics surrounding the exit of the former army chief, Gen Raheel Sharif. The story of his last days as army chief has yet to be written.

Was he gunning for an extension? If he was, how was this subject broached with the prime minister? It would make a fascinating read when it comes out. The purpose of the leaked story, which painted the army in a bad light, may have been to embarrass Gen Raheel Sharif. But a leaked story is just that…a leaked story. It can’t go on forever. So it has come to an end on the basis of a fudged compromise.

But however elated the N League may be feeling its troubles are not over. It still has to negotiate the thicket of the Panama Papers which is the real issue it faces. The Dawn story was always about over-cleverness, Ms Maryam Nawaz’s media cell trying to pull a fast one over the army. The Panama Papers are about sustained falsehoods, money trails and money-laundering, issues of vastly greater significance than anything in the Dawn story.

Nawaz Sharif was never about to break on the rack of that story. But he can still be undone by the Panama Papers because all the questions about the financial wheeling-and-dealing of the Sharif family raised by this scandal are yet to be answered. So anything is possible although there will be no shortage of skeptics saying that if a powerful bench of the Supreme Court couldn’t get to the bottom of this affair how will an investigation commission achieve the same purpose?

We’ve seen JITs before and their track record is less than reassuring. Still, the realm of conjecture is wide open…anything can happen, especially if the military representatives on the JIT, from ISI and Military Intelligence, play not just an active but a leading role and manage to put the PM and his family in the dock. So we have to see how the JIT goes about its work.

From the civilians on this team it will be foolish to expect too much. We have the example of the Asghar Khan case before us. Here was something as clear as day, a former chief of the ISI submitting an affidavit that in the 1990 elections money was paid to a list of politicians which included Nawaz Sharif and Shahbaz Sharif. There is an order of the Supreme Court saying that this matter should be investigated and the guilty punished. An investigation, entrusted to the Federal Investigation Agency, was started but like so much else in this country it has petered out.

There is the Model Town case too, 14 persons shot dead and scores injured by police firing, the entire nation watching this incident unfold on television. But the JIT tasked to look into this affair has come up with nothing, or at least nothing that looks like an indictment of the persons responsible. So the doubters have a point when, citing this history, with puckered expressions they resort to raising their eyebrows.

In essence this case is simple. The ownership of the London flats stands proven. The PM and his sons therefore have to be asked to furnish the ownership documents and to reveal the money trail. If they have nothing to show beyond the Qatari letters their defence remains weak and vulnerable.

But if instead of putting the onus of proof on the PM and his sons the JIT starts looking for the money trail itself then it is safe to assume that it can spend the next ten years looking for it and still not be able to find it. And if the ISI and MI reps merely write dissenting notes at the end what good will that do anyone?

So the crucial question is: will the JIT become another tamasha like so many others in the past or will it ask the tough questions? The way the Dawn leaks issue has ended will reinforce the doubts of the skeptics. They will say that we are headed for another whitewash.

The N League’s strategy is very clear. It is trying to cast the Panama Papers not as a moral issue with potentially legal consequences but as an issue of civilian supremacy. Its media supporters, and there is a fair number of these, are hammering away at the theme that an elected prime minister is answerable to the people and no one else. To accept this argument is to put the prime minister above the law. It amounts to saying that no matter what he does or what he is accused of he is subject to no investigation or accountability.

The N Leagues’ confidence was badly affected by the Panama hearings before the Supreme Court and the daily post mortems on television. Some of that confidence was restored after the PM narrowly escaped disqualification: two judges asking for disqualification while three held that the case called for further investigation. The end of the Dawn affair will further bolster the N League’s confidence.

Pakistan needs stability, no question about it. It can do without civil-military tensions and wrangling. The principle of civilian supremacy should never come under question or assault. But at the same time Pakistan can do without money-grubbing politicians. Shouldn’t the law be the same for everyone? Should loot and plunder be allowed to go unpunished?

The Panama Papers opened the public’s eyes to the nexus between power and wealth accumulation. The Panama hearings were an education for the nation: providing disclosures on a daily basis of the financial dealings of the ruling family. But if nothing conclusive or dramatic comes out of them it will have been an exercise in disillusionment. We are already a cynical people, most of us believing that there is one law for the rich and powerful and another for the less well-off or the down-and-out. A fudged outcome with lots of high-sounding words but little practical outcome will leave people more cynical.

The popular judgment will be that it was grand theatre while it lasted but nothing much to show after all the fireworks.