Baloch traditions: Food, games and dances you didn't know of 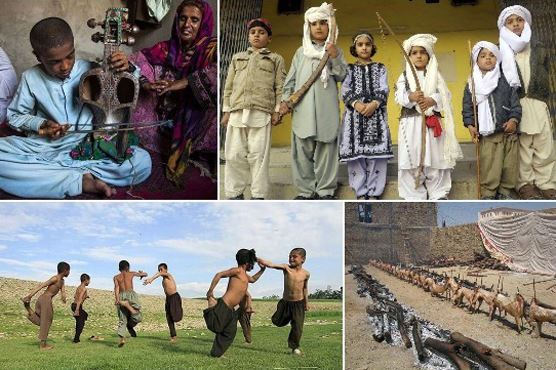 Balochistan's culture shares some common central Asian customs and traditions which has become the heart of tribal life.

Balochistan is one of the provinces of Pakistan that still largely remains an unknown part of the country. Nomads by nature, the culture and languages of the people of Balochistan can be traced to the time of Dravidians. Balochistan’s culture shares some common central Asian customs and traditions which have become the heart of tribal life.

Here are a few customs of the Baloch that are unique from the rest of the country.

When it comes to a wedding, Baloch have many symbolic pre-wedding events to mark the festivity.

‘Rasaal’ is an important custom. It is a traditional way for a boy’s family to send a proposal to a girl’s family. In this tradition, the family of the boy, including his closest maternal and paternal aunts and uncles, visits the girl’s family, sometimes even the tribal elders are requested to join. The sole purpose of Rasaal is to give maximum respect to the girl’s family by the boy’s family in a bid to receive a positive response for the proposal - acceptance.

If the proposal is accepted, the groom’s family prepares for “gudh-o-chalav” (dupatta and ring) where the family presents the girl with a ring and a dupatta to formally announce the engagement.

A custom called ‘lubb’ comprises of an amount that is paid by the groom to the family of the bride to meet the expenses of marriage. This includes all the expenses for the bride – furniture, jewellery, clothes and in some places even cattle. The expenses are solely paid by the groom so that the amount is entirely spent on the wedding and on the bride, and is different from the Pashtun custom ‘valvar’.

Whether it is a casual meet-up between two friends, a family event or a formal gathering, Baloch are aware of the custom ‘haal’, which is a detailed descriptive inquiry by the host from the guest that can last longer than any other greeting. The host formally asks about the health and well-being of the guest, which can start from the last time they met or from the start of the day, and includes questions seeking how the guest left their house, who they met en-route, the weather and even the wellbeing of the cattle. And it goes on.

After giving the narrative, the guest is bound to ask the host to give his/her ‘haal’.

In a few prominent tribes, if either one of the party misses or forgets to seek ‘haal’, the person who forgets has to give a ‘gurand’ (goat).

If someone is not aware of the custom, they are spared from the long ‘haal hawal’.

A misperception about tribal people is they are prone towards conflict, but au contraire in Maihrh a party sends a mediator to the other party with a message of peace. The mediator calls for a truce to bring back the peace amongst the tribes.

Maidh is a requirement in which the terms and conditions for the truce or salah is decided. If it is accepted then the tribe has to pay money or give a piece of land or cattle.

A Baloch is taught from a young age that a person who arrives at home should receive the utmost hospitality even if it is an enemy. ‘Baahot’ is a term that refers to providing shelter, protection, hospitality to anyone who enters your house.

Bijjar is a custom of cooperation, which is mostly practiced at the time of marriage when relatives, friends and fellow tribesmen contribute to the expenses of marriage in terms of money, or any kind like providing goats, sheep, wheat, rice etc.

This is a custom of helping a family whose loved one has passed away. There are numerous methods adopted, including providing meals, tea and sugar, rice, gifting cattle or putting some money under the carpet as a gesture of silent help, when you visit the deceased house for Fatiha.

There are countless musical instruments exclusive to Balochi culture. On the verge of extinction one of the most profound rare music sung in Balochistan is Nar Sur. The traditional throat singing is rare and an important component of Balochi folk music. Nar Sur, a unique genre of music, is found in some other parts of the world far away from Balochistan. In Nar Sur, a singer narrates a folk story in a single overtone accompanied with the playing of a twin-flute by a musician.

Almost on the verge of extinction, many organisations are trying to preserve this unique Balochi art of throat singing. Video Credits: IPAC Pakistan

Musical instruments include Nal, Tamboora and Soroz. Nal is often played solo or with Nur Sur.

On every celebratory occasion, Baloch dance in circles accompanied by a rhythmic clapping known as ‘Chaap’. There are several types of ‘Chaap’ such as the Balochi Chaap, Balochi Lewa, Latti and Hambo.

Many people are unaware of the local games of Balochistan. Mojol is a game played with a set of sheep’s knee bone. Here is a video on how the game is played elsewhere in the world.

A Balochi game that has origins in Central Asia is played with a set fpf sheep s knee bones. Video Credits: Chuko Bones

Egg fighting is a common sight during Eid with children and adults seen enjoying the festivities by beating boiled egg shells against each other.

Kappak is a game children play. Divided in two groups, all the players balance themselves with one leg with the task being to make the opponents lose their balance. 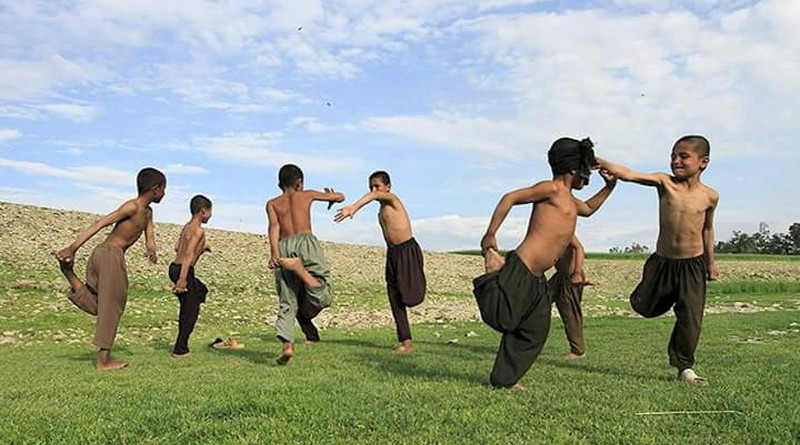 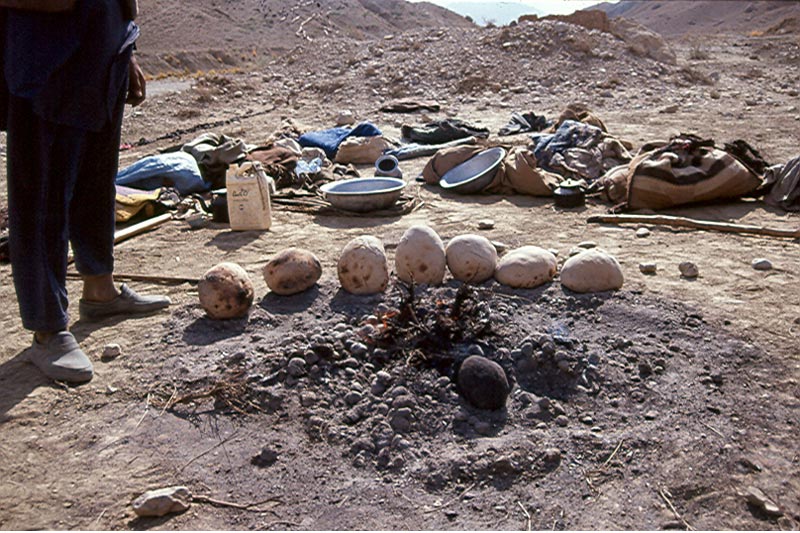 A bread that takes hours to cook, the dough is spread around river bed stones and cooked near a fire pit, it is often served with sajji. Photo: TrekEarth

Khorood is another dish which is made from curd or drained sour milk cooked with onions, served with butter milk and freshly baked naan.

Sajji, a popular Baloch dish, is skewered meat cooked slowly over a pit of coal.

Sattu is a snack made from powered gram flour with some dry fruits. Other dishes include include Chishik, Roganpukth and Braznik. 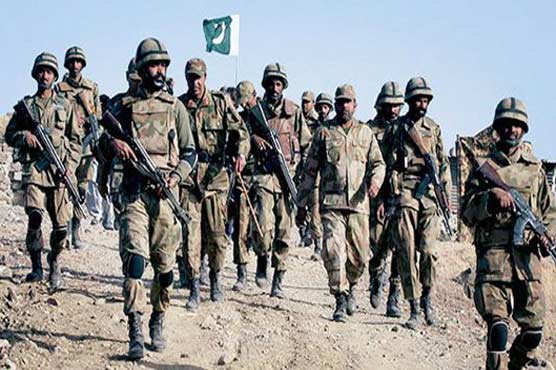 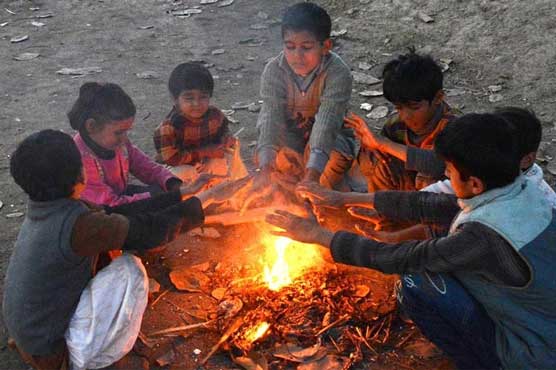 Temperature drops below zero degree Celsius in parts of Balochistan 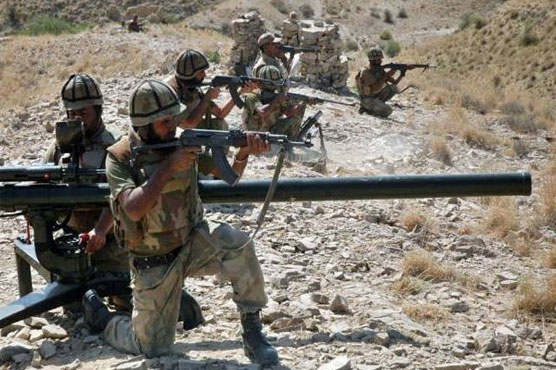