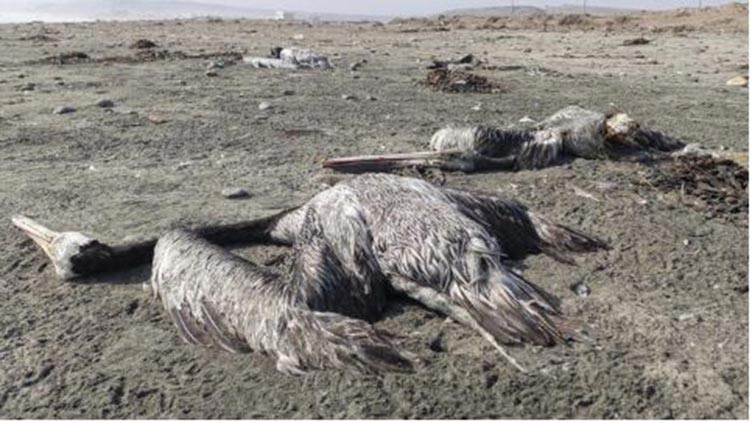 LIMA (AFP) – The highly contagious H5N1 avian flu virus has killed thousands of pelicans, blue-footed boobies and other seabirds in Peru, according to the National Forestry and Wildlife Service (SERFOR).

The current bird flu outbreak began in Canada and spread to the United States, which has seen a record 50 million avian deaths, according to the US Centers for Disease Control and Prevention.

Peru first issued a health alert last Thursday after confirming three cases of H5B1 in pelicans, and since then thousands have been found dead in coastal areas.

Meanwhile, the national agricultural health agency SENASA said it had quarantined the town of Gallito in the northern coastal Lambayeque region to control the first bird flu outbreak on a poultry farm.

SENASA said the health alert was a precaution because the virus arriving from North American migratory birds could spread to "backyard birds," such as ducks and chickens, as well as to commercial farms.

The United Nations  Food and Agriculture Organization (FAO) earlier this year warned countries in South and Central America to be on "high alert" for the virus spreading via migratory birds.

There is no treatment for bird flu, which spreads naturally between wild birds and can also infect domestic poultry. Avian influenza viruses do not typically infect humans, although there have been rare cases.