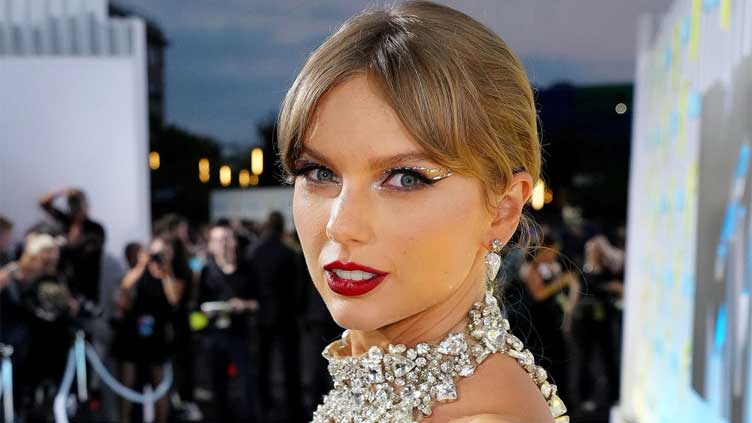 The ticket-selling site told fans on Tuesday morning, via a statement on Twitter, that it was experiencing "intermittent issues" that the company was "urgently" working to resolve.

Later, Ticketmaster tweeted that there had been "historically unprecedented demand" for Swift’s "The Eras Tour," her first since 2018, from millions of people. Ticket sales for West Coast shows were delayed by three hours.

Fans reported waiting in online queues for up to eight hours, and many finding they were too late to purchase tickets, which cost between $49 and $449 each.
"I’m a failure as a father," wrote Dave Pell, author of the popular NextDraft newsletter.

"The one time my daughter really needed me to come through for her, I ended up on the outside looking in, banished to the barren badlands of the Taylor Swift ticket waiting list wasteland," he said.
Other Swifties, the nickname for Swift’s fans, s
aid they were repeatedly dropped from queues and turned their ire toward Ticketmaster. Some said they took a day off work and felt the process should have gone more smoothly.

A Ticketmaster spokesperson said the number of people who registered for the early sale was more than twice the number of tickets available, and that millions of others also jumped online to buy.

"This caused some delays for fans which we know is frustrating and we worked as quickly as possible to adjust some on sale times to manage the volume, and queues are now flowing," the spokesperson said.

"@Ticketmaster’s excessive wait times and fees are completely unacceptable, as seen with today’s @taylorswift13 tickets," Rep. David Cicilline wrote on Twitter.
He added that the 2010 merger of Ticketmaster and Live Nation, which had Justice Department approval, should not have been allowed. "It’s no secret that Live Nation-Ticketmaster is an unchecked monopoly," he said.

Cicilline, who chairs the House of Representatives antitrust panel, called on the Justice Department to investigate. The agency declined to comment.

The ticketing industry has frustrated Americans for years with hidden fees, limited ticket availability because of pre-sales, and other irritations.

Waits of several hours also were reported on ticket seller SeatGeek, which was selling tickets to Swift shows in Arlington, Texas, and Glendale, Arizona. SeatGeek said it, too, experienced high demand and urged fans to "please be patient."

Hundreds of thousands of people did grab tickets to Swift’s tour, Ticketmaster said. Another presale, for Capital One credit card holders, was postponed from Tuesday to Wednesday.

Swift released her latest album, the pop record "Midnights," in October. She has promised hits from albums spanning her career on the "Eras" tour. The U.S. tour is scheduled to start in March and end in August.

Some buyers already were looking to cash in on the fervor. Resale sites such as Stubhub were offering seats on Tuesday afternoon for as much as $18,000 each.