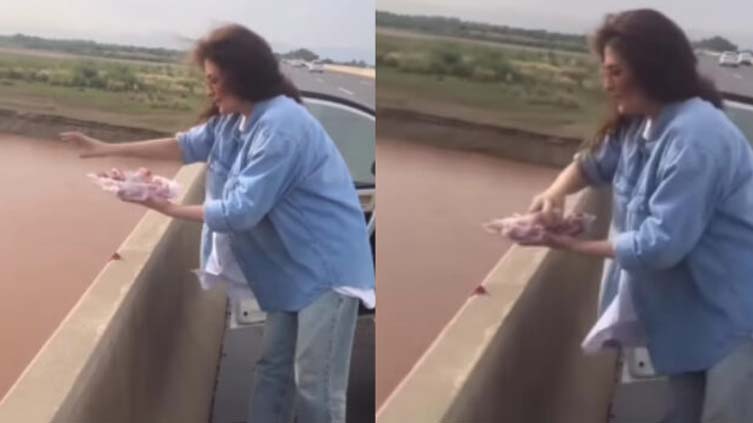 Netizens called out Resham for endangering marine life with her ill-advised "act of kindness".

Veteran Lollywood actress Resham paid a visit to the flood-hit areas of Charsadda. Resham was there meeting all the flood victims and distributing relief goods like food and water.

Everyone was happy with Resham’s effort until she got carried away with herself, deciding to feed the local marine life from the top of a bridge. She starts throwing away food like bread and snacks one by one down the river. But later she was seen throwing the plastic utensils, wrappers and polythene bags as well.

The actress had to delete her "act of kindness" video from social media but netizens called her out for being ignorant about this "criminal offence".

After huge critcism, the actress issued a statement and said, "I admit to having made a mistake by throwing in the plastic, but women are being raped every day, and violence against women is on uncanny rise, yet they’re all blinded by a piece of plastic. They dwell in a fool’s paradise because I was merely offering sadqah. I tested positive for Covid-10 twice, and I happen to be absent minded because of that. I have been in Charsadda, quietly helping thousand s of affectees in the calamity hit district, but of course people are trolling me instead of focusing on the positive."